Champion Rally Driver Sees In The Dark Thanks To LED Lighting 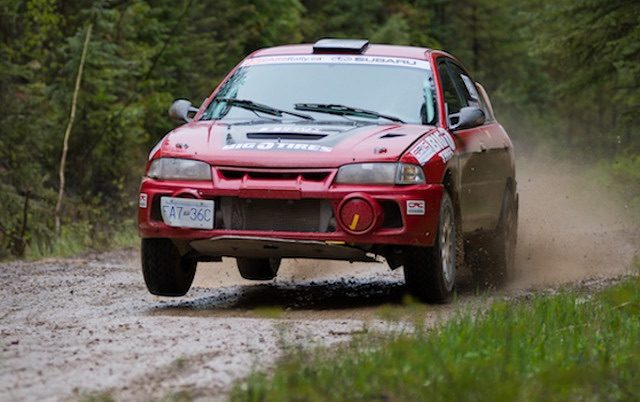 Western Canadian Championship winning rally driver, Mark Jennings-Bates who drives the Valley Mitsubishi Evo 4 for the Big O Tires Rally team understands how important good lighting is to get on to the podium in a rally.

In the ”test season” for Jennings-Bates’s return to the Canadian rally scene, he partnered up with his wife, Jackie, as co-driver. In their first event they were setting top 10 times nationally in a vintage Evo 4 Rally car. Their first event ended abruptly with a broken tie rod end towards the end of the first day.

More recently the Big O Tires rally team entered the Pacific Forest Rally in Merritt BC. While conditions were unpredictable and the volunteer service crew were “dialling in” the car for more predictability the team was still chasing the front of the pack. It was around that time that Jennings-Bates lost his rally lights on the all important night stage.

“We had not had the best of weekends but the car was feeling better the more Robert Barker in service was working on it. We clipped on the “retro” rally light pod and headed out to compete. The weather surprised everyone.

After the first kilometre we were in 12” of snow on ineffective gravel tires and it was a long stage” said Jennings-Bates, adding “about 12kms from the end we ventured off in to a ditch, but I was in a hurry to get out because everything had felt so slow. In the process I did not notice my light pod had come adrift and as we drove off a loud crunch confirmed the worst, we had no lights for the next 12kms”

Despite that and with a novice co-driver in the co-pilots seat, the team still managed to set a top 6 time on the last stage for a solid finish.

Naturally, we decided that we should get in to a more modern LED light system so I started looking around for a good product and a good supplier, that was when I connected with Rob Harry at ThunderandLighting.ca

All-Season vs Winter vs All- Weather Tires

Behind The Wheel – Storing Your Tires