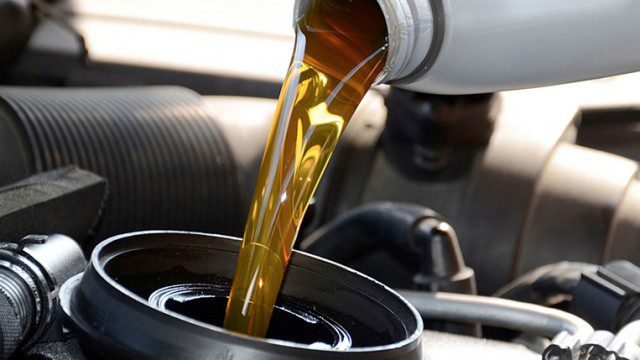 It’s a question many drivers ask themselves when faced with the decision between putting regular motor oil or synthetic oil in their vehicle.

They may look the same but they function very differently. Understanding the difference between standard motor oil and the more modern synthetic versions could add years to the life of your engine and improve your vehicle’s performance, especially under more extreme conditions!

So what are the differences between the two and which one is better for your vehicle.

But, to be fair, synthetic oil, while not made from petroleum, is made from chemicals, which may also not be great for the environment.

However, synthetic oils last as much as three times longer than conventional oil. So while neither is particularly good for the planet, you’ll discard a lot less oil over the course of a year going with a synthetic product. And synthetic oils are generally cleaner when it comes to emissions from your exhaust.

That also means, while synthetic oils are generally more costly than standard motor oil, because you’ll being doing less oil changes what synthetic oil costs you in the short run, it pays back over the long haul.

But where the real difference becomes most glaring between the two types of oil is in overall performance.

Synthetic oils put less resistance on your engine which means your engine will run smoother and generate more horsepower – that saves you money on gas and improves the life of your engine!

This is especially true when your engine is under loads. Because synthetic oils have a higher heat tolerance and won’t break down under high temperatures like regular oil, if you’re traveling long distances or pulling loads, synthetic oils are the way to go.

If you’re still not sure which oil is right for your vehicle, keep in mind there is an alternative; a synthetic blend. Synthetic blends are a hybrid between regular motor oil and true synthetic oils.

In the end, it’s always best to follow the engine manufacturer’s recommendation or just pop into your local Big O shop and get some advice from to one of our expert technicians!

Time For A Change